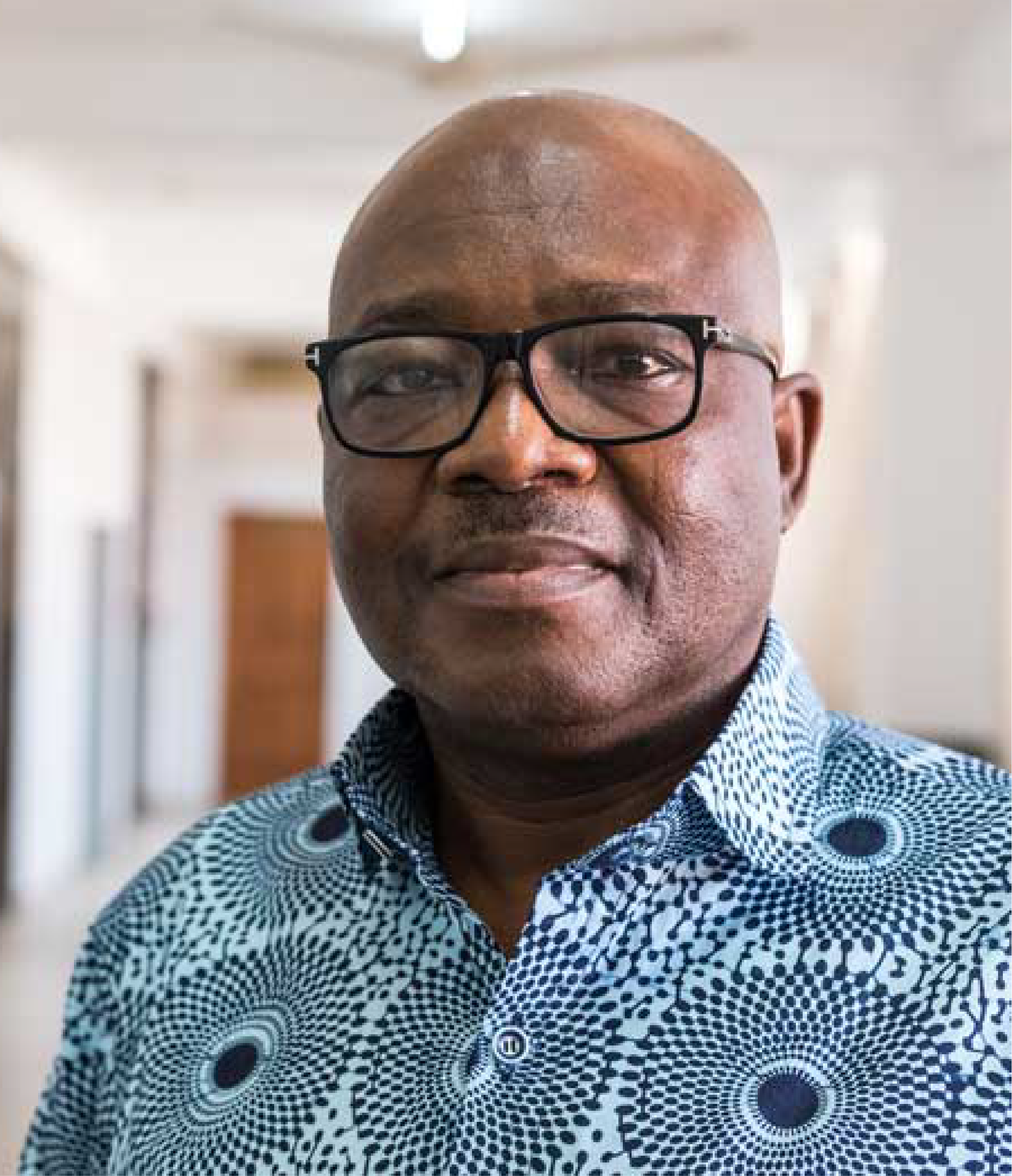 He has accountability for IT transformational agenda of the University for improving the overall efficiency and effectiveness, He made IT Service Delivery a priority on his assumption of the role in 2013 and has championed the documentation, upgrade and re-alignment of key business processes culminating in the automation and improvement of key business processes in the University of Ghana.

In addition to his role as Chief IT officer, he continues to play a coordinating role in the activities of the Ghanaian Academic and Research Network (GARNET) with a current membership of thirty-five tertiary institutions in Ghana.

Lucas has a long track record in the planning and management of large and complex Information Technology infrastructure and systems projects in the manufacturing, services, mining, and education industries.

He began his career at Unilever Ghana Limited in 1994 as the Information Technology Manager for the Lever Brothers Division, and quickly established a reputation for getting things done. After taking a two year break in 1996 to pursue an MBA Finance Degree at the University of Ghana, he joined the consultancy firm Conseil Gestion Assistance (CGA) in 1998 and consulted widely for organizations locally and internationally in Zimbabwe, the Ivory Coast and Burkina Faso. In October 2000, Lucas joined Ashanti Goldfields and led the successful integration of the ICT infrastructure following the merger between Ashanti Goldfields and AngloGold, which created the new global mining company, AngloGold Ashanti in 2004. Following the merger Lucas was promoted and appointed IT Manager for the West Africa Region of AngloGold Ashanti. In 2008 he was again promoted and appointed the Manager, Knowledge and Information Technology for the Continental Africa Region of the company with accountability for IT in seven African countries in West, East and Central Africa. He stayed in this role until he joined the University of Ghana in October 2013 as Chief Information Technology Officer.